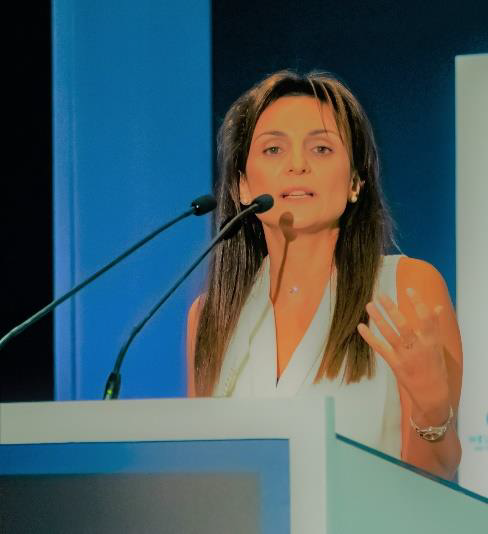 Athens University of Economics and Business, Greece Speech Title: To be updated

Biography: Prof. Phoebe Koundouri is a world-renowned environmental economics professor and global leader in sustainable development. She is widely recognized as a pioneer in innovative, human-centric, interdisciplinary systems for the sustainable interaction between nature, society, and the economy. Prof. Koundouri is listed in the most-cited women economists in the world, with 15 published books and more than 300 published peer reviewed scientific papers.
Prof. Koundouri is University Professor (the university’s highest academic rank) at the School of Economics, Athens University of Economics and Business, an elected fellow of the World Academy of Art and Science (World Academy of Art & Science) and the President-elect of the European Association of Environmental and Natural Resource Economists for the period 2019-2025 (EAERE www.eaere.org -with more than 1200 scientific member institutions, from more than 75 different countries).
Prof. Koundouri is the Founder and Scientific Director of the Research Laboratory on Socio-Economic and Environmental Sustainability (ReSEES) (https://www.dept.aueb.gr/en/ReSEES) at Athens University of Economics and Business, focusing on interdisciplinary research on socio-economic and environmental systems. She is also Affiliated Professor at the ATHENA Research and Innovation Center, where she founded and scientifically directs the Sustainable Development Unit and the EIT Climate-KIC Hub Greece (www.athena-innovation.gr/el/eit-climate-kic-hub-greece) of the European Institute of Innovation and Technology (https://eit.europa.eu/), the latter focusing on accelerating technological and social innovations for use in the transition to a climate neutral economy.
Prof. Koundouri is also the co-Chair of United Nations Sustainable Development Network (UN SDSN) -Europe (https://www.unsdsn.org/). The leadership of UN SDSN-Europe is constituted from existing National SDSN European networks and its mission is to serve as a science driven interface with European Commission policymaking. Prof. Koundouri is also the Chair of the Scientific Advisory Board of the International Centre for Research on the Environment and the Economy (ICRE8) (http://icre8.eu/) and Chair of the Scientific Advisory Board of the European Forest Institute (https://efi.int/).
Prof. Koundouri is one of the Commissioners of the prestigious Lancet Commission on COVID-19 (https://covid19commission.org/commissioners) for which she co-chairs the "Jobs-based Green Recovery” Task Force. She leads the UN SDSN Senior Working Group on "Transformation Pathways for the implementation of EGD and the SDGs", co-leads the UN SDSN Sustainable Shipping and Ports and Shipping Initiative, and the UN SDSN 4-seas (Mediterranean, Black, Caspian and Aral Seas) Blue Growth Initiative. She is a member of the CEPR (Center for Economic Policy Research) Network (RPN) on Climate Change (https://cepr.org/content/cepr-rpn-climate-change-researchers) , member of the Priministerial Committee for the Recovery and 10-year Development Plan of Greece, the National Climate Change Committee of the Greece, as well as chair or member of numerous European and International Scientific, Research and Policy Boards and Committees.
Prof. Koundouri acts as a scientific advisor to the European Commission, World Bank, European Investment Bank, the European Bank of Reconstruction and Development, OECD, UN, NATO, and WHO, etc. numerous national and international foundations and organizations, as well as national governments across the world. Also, Prof. Koundouri is editorial board member of more than 20 prestigious scientific journals.
Since 1997, she has coordinated more than 100 interdisciplinary research projects, in all five continents, focused on combinations of Sustainable Development, Climate Change Mitigation and Adaptation, Behavioural Economics and Econometrics, Economics of Wellbeing and Happiness, Natural Resource-Food-Energy Nexus, Smart Water Systems, Ecosystem Services Valuation, Blue Growth, Circular Economy, Systems Innovation, Innovation Acceleration and Commercialization, and has attracted significant competitive research funding. Prof. Koundouri and her large interdisciplinary team (more than 200 researchers) have produced research and policy results that have contributed to accelerating research and innovation for the enablement of Sustainable Development and has contributed to shaping European and National policies.
Over the last two decades, Professor Koundouri has given keynote and public lecturers, at high level forums all over the world, and received various prizes for academic excellence, including best paper awards, highest policy impact paper, European Research project award, etc. as well as the prestigious European Research Council (ERC) Synergy Grant (2020-2027) (http://unsdsn.gr/to-professor-phoebe-koundouri-athens-university-of) , which focuses on design of the next generation of urban water systems, via the combination of water science, systems and control theory, economics, decision-science and machine learning. This is the biggest research project in the world at the moment working on urban water systems.
Prior to joining the Athens University of Economics and Business, Professor Koundouri has held academic positions at the University of Cambridge, University College London, University of Reading and London School of Economics. Prof. Koundouri holds a PhD and MPhil in Economics and Econometrics from the University of Cambridge (UK). For her studies she received a full scholarship from the University of Cambridge and the Cambridge Commonwealth Trust. 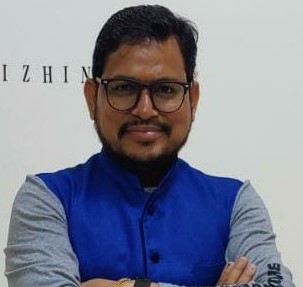 Biography: Prof Brij B. Gupta received the PhD degree from Indian Institute of Technology (IIT) Roorkee. In more than 16 years of his professional experience, he published over 400 papers in journals/conferences including 30 books and 08 Patents with over 14000 citations. He has received numerous national and international awards including Canadian Commonwealth Scholarship (2009), Faculty Research Fellowship Award (2017), MeitY, GoI, IEEE GCCE outstanding and WIE paper awards and Best Faculty Award (2018 & 2019), NIT Kurukshetra, etc. Prof Gupta is also serving as Distinguished Research Scientist with LoginRadius Inc., USA which is one of leading cybersecurity companies, especially in the field of customer identity and access management (CIAM). He is also selected in the 2021 and 2020 Stanford University's ranking of the world's top 2% scientists. He is also a visiting/adjunct professor with several universities worldwide. He is also an IEEE Senior Member (2017) and also selected as 2021 Distinguished Lecturer in IEEE CTSoc. Dr Gupta is also serving as Member-in-Large, Board of Governors, IEEE Consumer Technology Society (2022-204). Prof. Gupta is also leading IJSWIS, IJSSCI and IJCAC, IGI Global, as Editor-in-Chief. Moreover, he is also serving as lead-editor of a Book Series with CRC, World Scientific and IET press. He also served as TPC members and organized/special session chairs in ICCE-2021, GCCE 2014-2021 and TPC Chair in 2018 INFOCOM: CCSNA Workshop and Publicity Co-chair in 2020 ICCCN. Dr Gupta is also serving/served as Associate/Guest Editor of IEEE TII, IEEE TITS, IoT, IEEE Big Data, ASOC, FGCS, etc. At present, Prof. Gupta is working as Director, International Center for AI and Cyber Security Research and Innovations, and Full Professor with the Department of Computer Science and Information Engineering (CSIE), Asia University, Taiwan. His research interests include information security, Cyber physical systems, cloud computing, blockchain technologies, intrusion detection, AI, social media and networking. 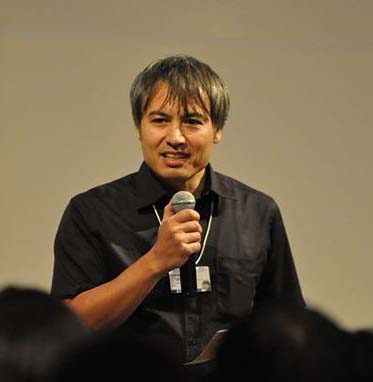 Biography: Adrian David Cheok AM is Full Professor at i-University Tokyo, Director of the Imagineering Institute, Malaysia, Visiting Professor at Raffles University, Malaysia, Visiting Professor at University of Novi Sad-Serbia, on Technical faculty “Mihailo Pupin”, Serbia, Faculty of Ducere Business School, and CEO of Nikola Tesla Technologies Corporation.
He is Founder and Director of the Mixed Reality Lab, Singapore. He was formerly Professor of Pervasive Computing, University of London, Full Professor and Executive Dean at Keio University, Graduate School of Media Design and Associate Professor in the National University of Singapore. He has previously worked in real-time systems, soft computing, and embedded computing in Mitsubishi Electric Research Labs, Japan.
In 2019, The Governor General of Australia, Representative of Her Majesty the Queen Elizabeth II, has awarded Australia’s highest honour the Order of Australia to Adrian David Cheok for his contribution to international education and research.
He has been working on research covering mixed reality, human-computer interfaces, wearable computers and ubiquitous computing, fuzzy systems, embedded systems, power electronics.
He has successfully obtained approximately $130 million dollars in funding for externally funded projects in the area of wearable computers and mixed reality from Daiwa Foundation, Khazanah National (Malaysian Government), Media Development Authority, Nike, National Oilwell Varco, Defence Science Technology Agency, Ministry of Defence, Ministry of Communications and Arts, National Arts Council, Singapore Science Center, and Hougang Primary School. The research output has included many high quality academic journal papers, research awards, keynote speeches, international exhibitions, numerous government demonstrations including to government President and Prime Ministers, broadcast television worldwide broadcasts on his research (such as CNN/ CNBC/ ABC/ Discovery/ National Geographic etc.), and hundreds of international press media articles.
He has been a keynote and invited speaker at numerous international conferences and events. He was invited to exhibit for two years in the Ars Electronica Museum of the Future, launching in the Ars Electronica Festival 2003 and 2017. His works “Human Pacman”, “Magic Land”, and “Metazoa Ludens”, were each selected as one of the world’s top inventions by Wired and invited to be exhibited in Wired NextFest 2005 and 2007.
He was awarded the Hitachi Fellowship, the A-STAR Young Scientist of the Year Award, and the SCS Singapore Young Professional of the Year Award. He was invited to be the Singapore representative of the United Nations body IFIP SG 16 on Entertainment Computing and the founding Chairman of the Singapore Computer Society Special Interest Group on Entertainment Computing. He was awarded an Associate of the Arts award by the Minister for Information, Communications and the Arts, Singapore. He was awarded as Fellow in Education, World Technology Network. He was awarded a Microsoft Research Award for Gaming and Graphics. He received the C4C Children Competition Prize for best interaction media for children, the Integrated Art Competition Prize by the Singapore Land Transport Authority, Creativity in Action Award, and a First Prize Nokia Mindtrek Award. He received a First Prize in the Milan International InventiON competition. He received the Gold award for best Creative Showcase ACE, He is winner of Keio University Gijyuju-sho award, awarded for the best research of the year in Keio University, Japan’s oldest university. He received an SIP Distinguished Fellow Award which honours legendary leaders whose illustrious lives have positively influenced lives across generations and communities around the globe. He was awarded Young Global Leader by the World Economic Forum. This honour is bestowed each year by the World Economic Forum to recognize and acknowledge the top young leaders from around the world for the professional accomplishments, commitment to society and potential to contribute to shaping the future of the world. He was awarded “Honorary Expert” by Telefonica and El Bulli, the number one restaurant in the world. He is a Fellow of the Royal Society for the encouragement of Arts, Manufactures and Commerce (RSA), an organisation which is committed to finding innovative practical solutions to today’s social challenges. His research on smell interfaces was selected by NESTA as Top 10 Technologies of 2015. In 2016, he was awarded the Distinguished Alumni Awards by University of Adelaide, in recognition of his achievements and contribution in the field of Computing, Engineering and Multisensory communication. In 2017, he entered the elite list of The h-Index for Computer Science, a list that contains only the top 0.06\% of all computer scientists in the world. In 2018, he was awarded Albert Nelson Marquis Lifetime Achievement Award. Remote kissing gadget ‘Kissenger’ was selected to the Top 100 Science Spinoffs and has entered the top 2% out of 5,000 global science spin-offs according to the following criteria: uniqueness of the technology/product, high commercial potential and positive impact to the humanity’s well-being by Spinoff.com.
He is/was Editor in Chief of the academic journals: Journal of Future Robot Life, Advances in Robotics and Automation, Transactions on Edutainment, ACM Computers in Entertainment, Lovotics: Academic Studies of Love and Friendship with Robots, and Multimodal Technologies and Interaction.
He is/was Associate Editor of Advances in Human Computer Interaction, International Journal of Virtual Reality, Virtual Reality, and The Journal of Ambient Intelligence and Humanized Computing (AIHC).
He is on the Editorial Board of International Journal of Arts and Technology (IJART), Journal of Recent Patents on Computer Science, The Open Electrical and Electronic Engineering Journal, International Journal of Entertainment Technology and Management (IJEntTM), The Journal of Virtual Reality and Broadcasting, and Interacting with Computers.
Adrian David Cheok, who was born and raised in Adelaide, Australia, graduated from the University of Adelaide with a Bachelor of Engineering (Electrical and Electronic) with First Class Honours in 1992 and an Engineering Ph.D in 1998.


More speakers will be updated soon...