In the era of big data, modern management is undergoing tremendous changes. 2020 International Conference on Modern Management based on Big Data (MMBD2020) is scheduled to be held during October 18th-21st, 2020 at Beijing, the capital city of China, to provide a high-level platform for experts and scholars all over the world to share their latest ideas of big data and management and foster the prosperity of the discipline.

Beijing, also known as Peking, is the capital of the People's Republic of China and one of the most populous cities in the world. Governed as a municipality under the direct administration of the national government, Beijing is divided into 14 urban and suburban districts and two rural counties. Beijing is one of the Four Great Ancient Capitals of China, which has been the heart of China’s history for centuries. The city is renowned for its opulent palaces, temples, and huge stone walls and gates. Its art treasures and universities have long made it a center of culture and art in China.

We cordially invite you to join us in Beijing, China!

Some excellent articles will be published in the following journals: 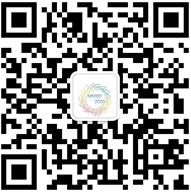